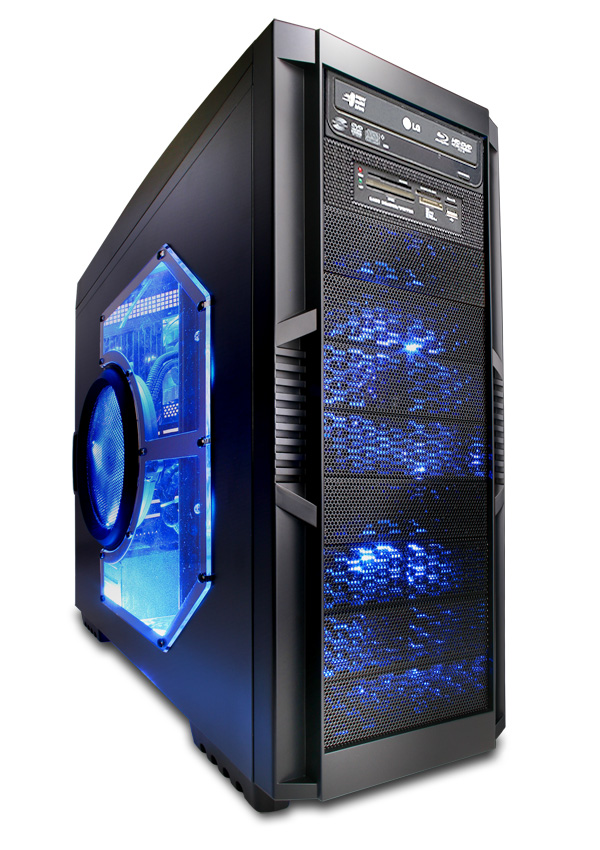 Some of the hottest game titles on the market today require the hottest hardware to play them.  This can get rather pricey, with video cards costing $250 or more.  Have no fear though, as the fine people at CyberPowerPC have both speedy computers and your wallet in mind.  We introduce to you, the Gamer Xtreme Si.

Five years ago, it was not only badass to build your own rig, but it was also very cost effective.  Leet haXors could build their computers for hundreds less than branded computers, and spent the extra cash in hot video cards and sweet gaming headsets.  Now, the computer industry has caught on, and is pricing PCs cheaper and cheaper.  Branded quad core rigs can now be purchased for hundreds less than whitebox computers, and the public does so without hesitation.

So why buy pre-built?  Well, you can customize many rigs these days, and companies like CyberPowerPC will even go to the trouble of installing an OS for you.  Now it’s time to sit back and buckle up, and see what CyberPowerPC can do for you.  Today, TechwareLabs looks at the NEW CyberPowerPC Gamer Xtreme Si.