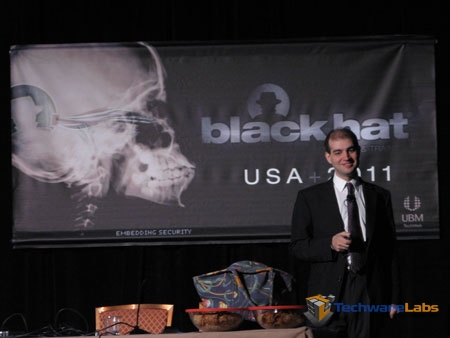 Recently Net Neutrality (the thought that all ISPs are created equal) has gotten a lot of attention.  With that we at Techwarelabs were invited to speak with Dan Kaminsky who is spear-heading a movement to bring attention to this topic.  The main idea around Net Neutrality consists of connection timing differences between identical data paths (or routes on the internet).  Dan Kaminskys’ way of testing whether ISPs are filtering and “Traffic shaping” consists of comparing timings between ISP and link server connections to proxied and VPN connections.  Dan Kaminsky will released 2 tools, N00ter and R00ter, to help facilitate this testing process, both of these tools will be found on Dans’ Website.  While there are a lot of fail points and bottlenecks that can skew results of consumer connection times, testing on enterprise networks can yield results which would put heat on ISPs.  Dans’ goal is to have “Net Neutrality for Politics that matches Technology”.

Following his presentation during the Black Hat briefings this year Dan joined us in the press room for a short overview and quick Q&A session. Full coverage of this session is available here: