All benchmarks were performed on the following system:

First up in our round of benchmarks is AIDA64, a suite of very focused performance benchmarks.

In the memory read benchmark, the Crucial kit posted a solid 22,401 MB/s. Given the results listed here, it’s clear that a more potent CPU would allow this RAM to perform even better.

Same story on the memory write benchmark, with a throughput of 23,972 MB/s, the only ones that beat it had a beefier CPU, more memory channels, or both.

Not much difference here on the memory copy benchmark. With a throughput of 22,736 MB/s, this kit manages to hold even with all of its near competitors.

On the memory latency benchmark, the Ballistix Sport XT kit turns in a solid 67 ns, again holding its own among the top performers.

The next benchmark we’ll look at is PerformanceTest 7.0, a no-frills suite that gives you a quick look at your system’s performance numbers.

Next in line is SiSoftware’s Sandra benchmark suite, which gives us a look at different aspects of memory performance.

The Memory Bandwidth benchmark shows us a continuation of the established trend; this kit meets or beats its near competitors. The Sandy Bridge-E system is a bit of an outlier here, since it has a much beefier processor and a quad-channel memory controller.

The Cache & Memory Latency benchmark, though it chose not to show any competing systems, still shows us a fairly respectable 23.1 ns.

While the benchmark numbers are quite solid, there is another factor to consider: memory capacity. Having fast RAM is great, but having 16 GB of it is even better, as that is enough RAM to allow you to essentially disable the page file in Windows without running into the dreaded “out of memory error” problem. This holds true for heavy gaming as well as any lesser task. Not needing to page out the kernel also has a big impact on loading times, as the system only has to load in the new stuff for your game, rather than juggling bits of the game and pieces of the kernel it doesn’t need right that moment.

With performance numbers like this, and the additional performance boost of no-page-file-needed-here, this kit would be a great addition to any gaming system. With an average online price of $130 at time of publication, the Crucial Ballistix Sport XT 2x8GB DDR3-1600 RAM kit provides great performance at a reasonable price. For that reason, we have no trouble issuing it our Gold award. 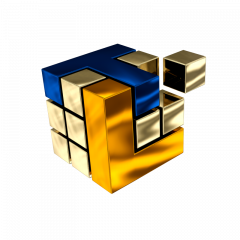