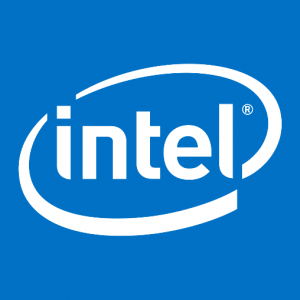 A little over a year ago, Intel introduced their new line of  CPU’s under the Haswell codename. As the successor to the Ivy-Bridge architecture Intel’s new chip design looks to optimize power savings and performance benefits, taking advantage of the 22nm node instead of focusing on overall performance. With the release of  the i5-4670K and i7-4770K, enthusiasts seemed to be disappointed over the lack of raw power the CPU’s had to offer, and the small amount of headroom for overclocking. To much concern, it seems as though this is becoming a trend. Over the last few generations, there seems to be less of an increase in overall power and performance with each new release that comes out. Haswell was no exception to the trend, offering only a 5-8% increase over other parts. With the release of the Devil’s Canyon, Intel looks to address all of these concerns. 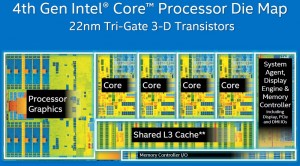 Does Intel have the answers?

Intel’s i7-4790k fires back, showing an impressive 15% increase in clock speeds over the the i7-4770K. The Devil’s Canyon delivers clock speeds of 4GHz-4.4GHz (turbo) stock, which is quite a substantial upgrade in performance compared to the 4770K’s 3.5 – 3.9GHz (turbo). The performance wasn’t the only addition though. These new core models come with a new TIM (Thermal Interface Material), which helps keep the core much cooler under load, thus helping achieve better clock speeds. Intel also added support for the TSX instructions and VT-d which was non-existent in the earlier Haswell releases. Intel has also added additional decoupling capacitors on the underside of the 4790K to help smooth out the delivery of voltages to the different parts on the CPU, helping with the stability of the 4790K when overclocking. Now let’s look a little deeper into what the Devil’s Canyon is packing. 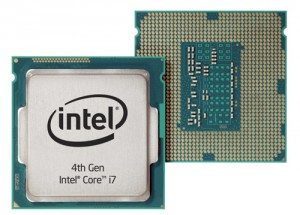