These Biobot Cockroaches Could Save Lives

Real-life cockroaches are known for being pretty tough, and now robotic ones, or “biobots”, are getting the same reputation.

That’s because scientists are engineering ways for these cyborg critters to scurry into disaster zones and report back about the extent of the damage. This initiative has been the focus of a project at North Carolina State University (NCSU). Keep reading to learn more details about it and similar efforts. 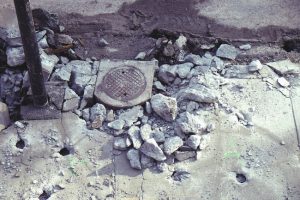 Cockroaches Working Together With Drones

NCSU knew that immediately after a disaster has impacted an area, it can be nearly impossible to understand the total severity of what’s happened and where it has occurred. That’s where the biobot cockroaches come in. Just like their real-life counterparts, they’re able to squeeze into and under tight spaces. That means they’re prime candidates for going head-first into the debris created by recent disasters.

A Feasible Alternative to GPS Devices

Scientists have completed two research papers about this biobot project and say it’s most promising for situations that are not appropriate for data-gathering via GPS devices. Since the drones and the roaches move together and the aircraft keep the swarm of cockroaches contained, scientists say as long as a drone could emit a sufficient radio signal that reaches into disaster debris, it would be enough to allow the cockroaches to keep working.

That’s even true if the signal isn’t strong enough to reach a certain section where the cockroaches are checking things out. Experiments have proven that as long as there’s still a signal coming from at least one group of cockroaches, that’s enough insight to determine what the rest of them are doing.

Technology That Could Find Survivors Faster

The World Health Organization (WHO) reports that there are more than 60,000 deaths related to natural disasters each year. There are also a reported 4,500 deadly workplace accidents each year, which include everything from accidental falls to fires and explosions.

A team of scientists at the University of California, Berkeley has done its own research to complement what the minds at NCSU are working on. The researchers in California found that real roaches can handle a weight totaling the equivalent of 900 cockroaches before they’re genuinely hindered. That’s because they can redistribute the plated sections of their exoskeletons and handle the pressure without getting crushed.

Notably, cockroaches are very speedy as well as resilient. Upon realizing those characteristics, scientists concluded that robotic versions of cockroaches were excellent candidates to serve as disaster recovery helpers.

Engineers developed biobot cockroaches that can squeeze through quarter-inch gaps by reorienting their legs and depend on surface friction to move up to 20 body lengths per second.

One of the Berkeley scientists commented that it’s no wonder people around the world are increasingly trying to figure out ways to use robotic critters like cockroaches to aid in disaster recovery efforts. After all, real cockroaches seem to be able to get into any crevice imaginable.

If research keeps going as well as it has, there may soon be a revolution about how the precious first few days after disasters are handled. Robotic cockroaches might not be the first rescuers that come to mind, but they may point human responders in the right direction to help minimize fatalities by finding survivors more quickly.

Kayla Matthews is a technology writer and journalist, contributing to publications such as VentureBeat, Motherboard and MakeUseOf. Read more posts by Kayla on her tech blog, Productivity Bytes.