tour of Acer, it was quite nice to see the

headquarters of one the biggest low to mid end systems available to the masses. Their strategies became apparent as they began explaining their plans for the western market, namely the US. They began with their focus on software and cloud-based system integration, named BYOC short for Build your own cloud (if that isn’t western I don’t know what is!). BYOC is a process of integrating tablets, computers, and countless other ACER systems to the cloud process (in an obvious attempt at gaining market share in the service business, which will be apparent later in this article). 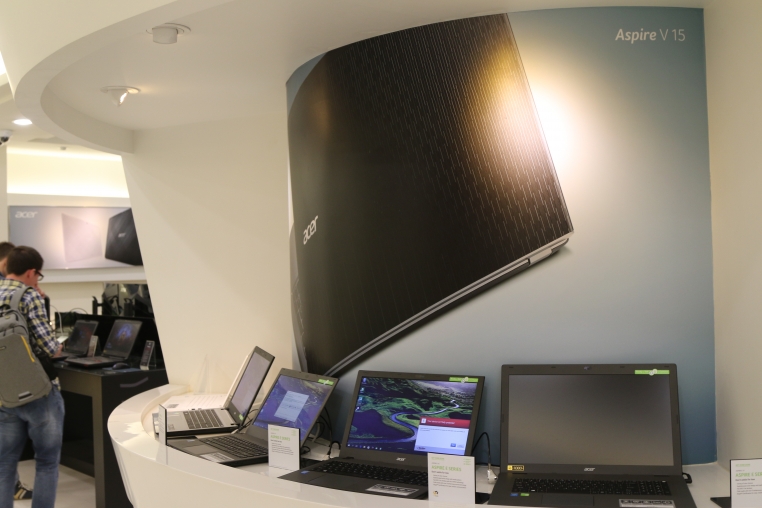 So let’s begin, they begin to enter the Cloud Service pay-per-month business, quite late of course since everyone else and their grandmother already has created their own proprietary cloud service from steam to apple to… well… just name a tech company at this point.  Acer is joining the game. On the list of products they aim at the US market came the Grandpad take off the d from the end and you have basically the interest they are going for. Yep, the elderly, we’ve seen companies attempt to gain interest in the senior market, but lately, it’s been a huge interest (think jitterbug, think of those emergency necklace buttons for your grandma just in case she falls down the stairs, and of course staircase elevator thing). It’s becoming more and more prominent in the market. My guess at the reasoning to this interest is the wide availability of the 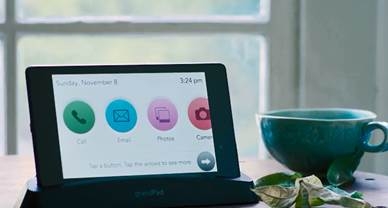 senior market, particularly in the USA. Not many use technology everyday, and if you find that one tiny little niche to get them to buy and become socially cultured in your product, you have millions of sales, and another interesting business proposition to consider; the baby boomers are growing up, that a huge chunk of the market in the US, and thus the reason (potentially, not stated officially) that the Grandpad will be a focus in the US and so far the US only.

So let’s take a look at some of the details of the Grandpad, simplistic design, button based look for the familiarity of tactile feedback. Pieces of information that will be easily transferable from the senior generations’ modern technology of flip phones and tactile feedback. One interesting twist to the Grandpad is that it will be proprietary to LTE primarily with the ability to connect to wifi for the sake of dynamics and flexibility, imagine how angry the market would get if they decided to make it strictly LTE and remove any other form of connection? It almost seemed like they really wanted to but realized that little bit of motivation to include the Wifi module. So here’s the real kicker, the device is free to own and free to use, with a contract opt-in of 60$ a month for the LTE service… for as long as you wish to use the device, and once you stop paying the service the device must be returned.