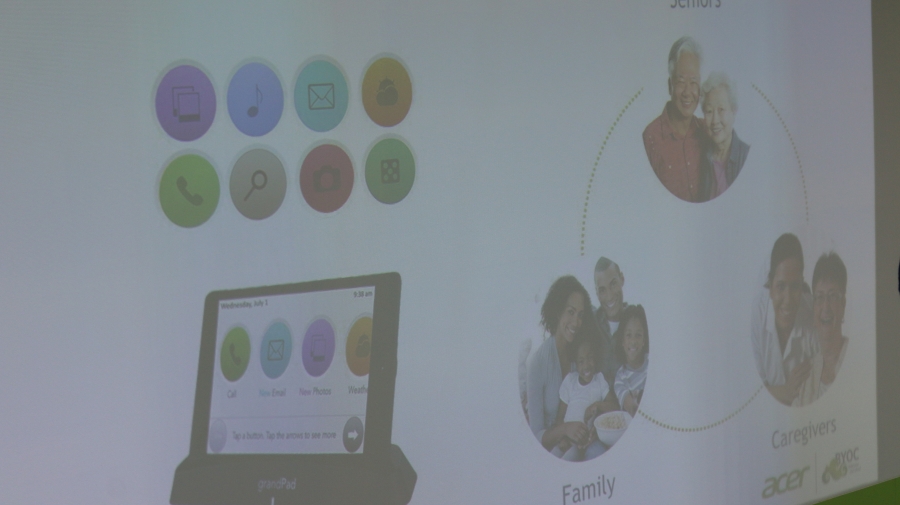 So here’s the real kicker, the device is free to own and free to use, but ownership calls a service-based contract of 60$ a month for the LTE service, in fact, this device is so tied to this service that if you choose to cancel your subscription, you HAVE to return the device which will be redistributed as Refurbished to someone who wants to be tied to a 60 dollar a month plan.

Though let’s take at the reasoning for this before we judge it, they feel that this device is directly correlated with the elderly, those not capable of understanding the function or even usage of Wifi or any other feature other than moving a finger over what looks like a button to activate a phone book, a photo gallery and other features that require the LTE connection like video and online access. This is where we see why this device is LTE specific. Acer believes the Wifi connectivity process is too complex to be understood by the general senior public, thus the mandatory LTE connection removes the need to ever connect to

Though let’s take at the reasoning for this before we judge it, they feel that this device is directly correlated with the elderly, those not capable of understanding the function or even usage of Wifi or any other feature other than moving a finger over what looks like a button to activate a phone book, a photo gallery and other features that require the LTE connection like video and online access. This is where we see why this device is LTE specific. Acer believes the Wifi connectivity process is too complex to be understood by the general senior public, thus the mandatory LTE connection removes the need to ever connect to Wifi, unless of course your provider is not available in certain areas. Which brings us to the next step in their business plan, providing enough seamless integration with local LTE providers that they really could make this device work everywhere.

Overall the idea is solid, it creates a new market and useful features to integrate more people into the technological era. Believe me when I tell you its hard to get the elderly to get integrated into the tech world, my own grandparents (in their late 80s) across the world finally began to use a computer when I told them we can communicate over Skype, they had the ambition to do so, but took months later for them to finally overcome their fear of the unknown and realize that it’s really not so hard. My grandfather began reading news articles on websites while I and Grandma would communicate on Skype any moment we wanted, they now see the value of technology. But to the general public, they are not so keen on overcoming such a fear since many of them have family nearby and see no particular reason to learn something they perceive as impossible. This may be what gets the market going in that direction where now finally the market share of the elderly will begin to flow onto that one lucky company that lets them overcome that fear. But for $60 a  month? Seems a bit overambitious, and may be what stops this from becoming a changing factor of the market to a simple fad that dies off. Someone is going to take this market sooner or late, but will it be Acer? 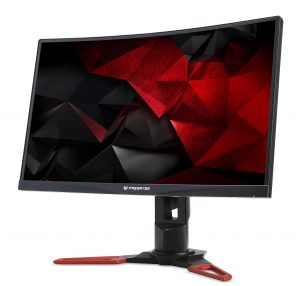 The next step in our tour was their attempt at gaining more momentum in the PC Gamer market, from casual to professional gamers. Their release of the Predator series PCs, both mobile and desktop, seem promising and fluid. The concepts are sound but the implication may be a bit loose around the belt. Remember the first few lines of Acer laptops that came around before the Timeline series attempted to take the market on battery life? Those plastic basic laptops that sold for potentially 300 dollars in a market of 500+ for mobile devices? Well that’s what it’s starting to look like, although the only difference is those laptops had cheap insides and outsides, this time, the new series have a plastic outside all aimed at the gamer look, as they called it Warlike Design (another hit at the western market and their opinion at what the western consumer deems as cool and robust. But the insides are decent, they do a decent job in the hardware that they choose, my only problems is that the little details are missing, the tidy cable management. The sleeve for the power cables, hell the cable managing in general on the inside seems floppy. It seems they focused more on the outside to look nice and slapped in some high-end hardware but forgot the real intention of a computer gamer/enthusiast, a clean organized inside. I can’t say for sure the level of organization since I will need a unit to preview, which I will be asking for in the future from Acer to get a much better-detailed overlook of the Predator line of devices, but I hear the laptop is more thought out than the desktop. 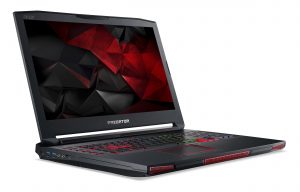 Finally, the tour ended with an enthusiastic presentation in the Acer Design Studio (ADS as they liked to reference it, with a keyboard layout logo with the D and S, swapped for acronym purposes).
They expressed their interest and strategy in winning over the major gaming market that has been on the rise with competitive gamers becoming a new line of sportsmanship around the world including favorites like League of Legends in the EU and US regions and others like Star Craft in the eastern regions. There is no doubt that the gaming market is becoming the future of sports as these competitions spit out millions of dollars in prizes and attract gamers of all types to compete on a wide scale, and you don’t even need a coach nagging down your throat, how convenient! 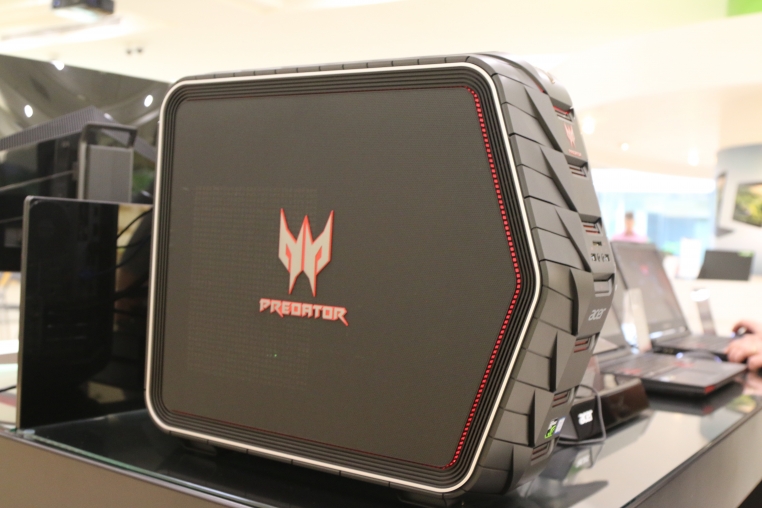 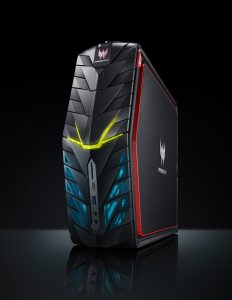 So their plan goes like this: start with the people, find out their wants in the gaming market, of course, less lag and design, as well as appeal to the hardware/visual balance (as observed earlier with the Predator). Next, plan ahead of the competition, this is going to be their hardest achievement as many of the markets are already dominated by major winners like MSI and Gigabyte but it’s still not a monopoly so they may have a chance. The following step to remove and fight negative social stigma against gamers and create brand loyalty (think Alienware following before Dell ruined it), focus on ergonomic design in their accessories. Finally begin the prototyping process, in which I sit here in the ADS observing their playground of devices, to create the next big thing,

from circuit board printers to plastic molding processes to create the external devices, with legitimate honesty, it was impressive, the designers were very passionate about their tasks to compete against the already established gamer market, and they are very determined to make a stand in it. The biggest region of focus is the US and Germany as they contain the biggest population of gamers on this planet, and rightfully so their strategy has a good beginning. The lab is just as messy yet purposeful as my desk space, with sticky notes in all directions, conference rooms full of whiteboards and concept designs, and a particular PC mold that was covered with a Do not touch sign on top, a tiny peak at the base that was exposed from the cloth seemed to potentially be the next line of Predator concepts, still in progress of course, and they made it very apparent they are not stopping with the Predator G1, they have no intention of leaving the honeymoon phase just yet. Nothing would be released until Computex anyway, right?

Overall the tour was fantastic, the staff was very friendly, and the experience was exciting. I can’t wait to see the next stages of Acer’s process, I myself was a Acer fan with the Acer Aspire 6920, I
loved the CineDash touch media control (Nostalgia to the right). 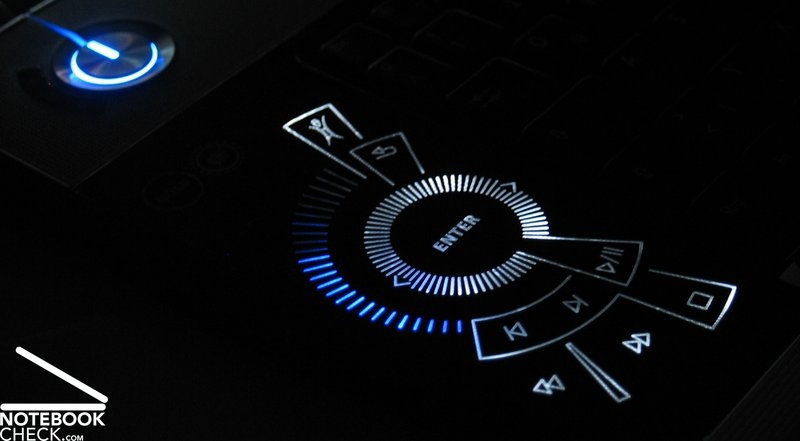 I loved their creativity, and I still have that beautiful blue gem, although the hardware seems to have been on point with the quality they put into that computer back then, I can only run Light Linux based systems that will not use more than 30-40% of the processor otherwise the computer locks up instantly. But it’s damn beautiful with my blue Ubuntu custom designed skin on the back. It is still my baby. Good luck Acer, may the tides of Warlike business marketing be in your favor.