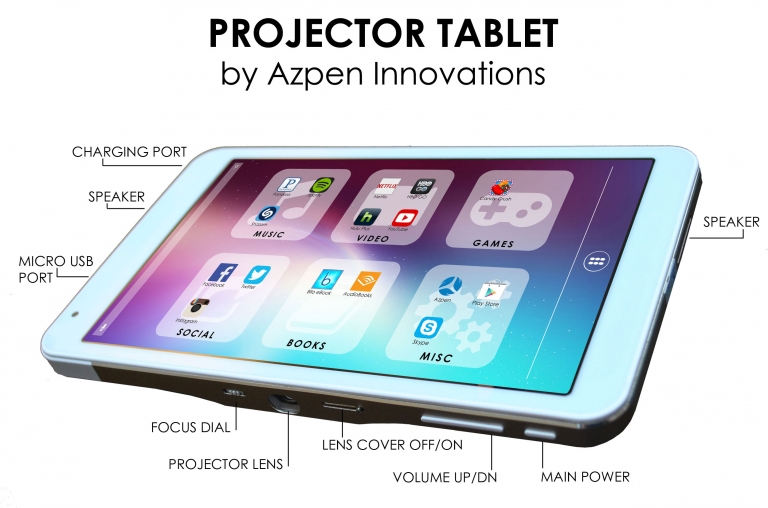 We provide specifications so that detailed readers can see exactly what they are getting with a product. Important features we note from this specifications listing is that the A848 includes Wireless B/G/N but not AC. This is not critical but it would have been nice, especially for a tablet in this price range. Additionally we do not see a MicroSD card slot which is really a shame and could be a deal breaker for those power users not wanting to be limited to the on-board 8 or 16GB of memory. For those that watched our preview video of the D100 and A848 we made note that the A848 includes a proprietary charger and cannot be charged via USB, this too is a let down and could be a problem for some consumers.

Our review unit was provided as a prototype and as such the included battery is not final revision. Our prototype has issues holding a charge after power off but seems to maintain a charge during normal use. Thus testing battery life on our unit would not be indicative of performance on retail units. We can say that retail units employing the rated 5500mAh battery will probably get closer to 3–4 hours and not the 6–7 listed above. When we get a retail unit we will test and update this review with real world testing. If 6–7 is accurate then the A848 presents excellent performance as we will demonstrate in the benchmark section of this review.

The built in DLP projector is rated at 50 lumens and thus leads to a 20,000 hour life span. We can say that the projector only gets slightly warm so longevity shouldn’t be an issue.  The projector is rated at 854 x 480 and is designated as a 480p. This is not bad considering the relatively short throw of 1–10.5 ft. Overall the projector is best used in dim/dark environments and would be appropriate for small groups (2-4) of people. In conjunction with the speakers it makes for an excellent presentation platform. The speakers are more than loud enough when not in an overly noisy environment.

In terms of horsepower the A848 employs the Rockchip RK 3288 and Mali-T764 graphics processor. The RK3288 is a mid range ARM SoC processor that integrates 4 Cortex A12 cores at 1.8Ghz each and a DDR3 memory controller. The RK3288 lacks support for 64bit processing so no virtualization of Windows 10 for those wanting to try that. While the RK3288 does include support for HDMI 2.0 Azpen has chosen not to integrate an HDMI port into the A828. As the A828’s main feature is the included projector this makes sense. For comparison the RK3288 places roughly anywhere between 8% and up to 50% faster than the Intel Z3735 in the Antutu Benchmark with the most noticeable difference being in 3D applications where the Mali 764 outshines the Intel GPU significantly.

While Azpen lists the on-board storage at 16GB of SSD, it does not specify which SSD it utilizes. All of the utilities we ran were unable to determine the SSD type used. We can say that it works very well as you will see in the benchmarks.