As Computex 2014 draws to a close we attended the final press conference where the organizers discuss progress, focus, and the future. Computex has always been successful and its success is based on a number of factors not the least of which is the governments focus on the importance of this conference and its impact upon the country of Taiwan. The organizers themselves are largely responsible for the success of the conference as they do an amazing job with just a fraction of the staff that larger shows have. Indeed they yearly accomplish the impossible and we cannot thank them enough for making our job of publishing much easier than it is in shows like CES. 2014 brings with it the theme of IOT (Internet of Things) and while the message carries across a large line of products and services the main idea is that the marriage of hardware and software is becoming more integrated. The goal is to bring consumers access to their data and services anywhere, any time, any place. What westerners call the cloud we like to think of as IOT.

While Computex 2014 saw only small growth (1%) the show still delivered on approximately 25 Billion (with a B) in total business opportunities. The show attained a total of 130,000 visitors with 38, 662 of those being international visitors.  Show organizers helped in bringing 1840 procurement meetings to fruition with key buyers including Siemens AG, Hisense, Toshiba, MA Laboratories, and Best Buy. There were over 45 new product announcements at this years show from companies like:

The top 3 countries with increased buyers from last year attending Computex were:

The top ten nation turnout  was:

As the Executive Vice President of Taitra summed up the new focus for Computex as “Ideas meet Innovations” and we would agree. This is the main difference between Computex and shows like CES. Computex is much more of a living breathing and most importantly evolving show. It continues to meet the needs of international buyers, consumers, and companies while being a platform for press and technology demonstration. We look forward to Computex 2015 and toward bringing you continued coverage of this amazing show. Find out more about the show here. 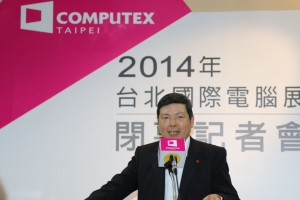 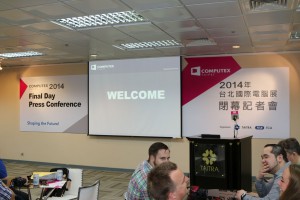 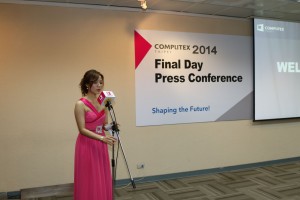 See our Coverage of Events Below: