Just in time for all hallows eve, I bring to you a horror story: Imagine, you just bought a car. A great car, it runs well, sounds amazing, fits you and the kids. But a year later, you have the opportunity to buy a new, better car. So you head down to the dealership, since you like the brand so much, and you buy the newer model. You arrive home, and park it right next to the car you bought last year. See where I’m going with this?

If not, stick around. 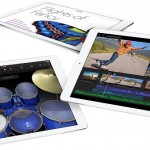 Do you remember your first apple product? Well, I do; it was an 120gb iPod Classic (6th gen) that I was awarded as a kid. 120gb, that’s a lot of memory; Thousands of songs, hours of movies. It was innovative, meaningful in its design, it was useful, and it was just plain awesome to have a small compact, no-nonsense musical library with me. At some point in their existence, Apple made a huge name for themselves by being legitimate innovators: building things that no one had thought of, and making honest strides forward.

Either by plan or coincidence Apple have built it’s castle in the sky on pillars of innovation; But they want no more innovation, in name or product it seems.  I mean, think of it: iPhone, iPhone 3G, iPhone 3Gs, and iPhone 4, iPhone 4S, iPhone 5, iPhone 5C, iPhone 5s? Do you see what I mean here? It’s the same mobile platform, with improvements, and it’s beginning to get very formulaic. Look at the iPad’s many iteration naming conventions; it’s the exact same thing.

Go on, you can look it up too: All of this information is available Wikipedia.

Certainly you notice what I’m talking about here, right? I mean, I’m not going to put my big tin-foil hat on, and call Apple out for participating in planned obsolescence, but at the same time that in times like now repackaging the same thing and slapping a new name on it is not the way to go. The Nexus had a veritable load of improvements, in almost every single category. From CPU, to GPU, display resolution, even camera. The iPad Air just seems to be a repackaged iPad of the 4th generation. Keep in mind; both new devices were released (or announced) almost one year to the day of their predecessor.

So why is it that people purchase the thing when they know that the improvements made over the last yeah are not impressive or significant in any way? Save for the lighter weight, the iPad is the same. In the end, it’s obviously the name. Much like many other things in life, electronics has become a simple “purchase name brand” formula. Apple has become such a giant in the electronics and entertainment field that by this point they don’t care about providing innovation and striding towards new highs, it seem like they just want to milk every sucker they already have dry. Between the non-improvements with later models, the unimaginably high repair costs of apple products, and the fact that they haven’t unveiled a new mobile device since 2010, Apple doesnt seem like the most future minded company.

It’s to be expected, as is the natural flow of things: We all have our favorite sellers, manufacturers, publishers, etc. But when your favorite manufacturer takes the thing that they sold last year, repackages it, and sells it to you again, for the same price, you’ve got to draw a big, unmistakable line. And, by the by, this doesn’t just apply to the hardware field of the computer realm; take a good hard look at software and electronic entertainment, it’s the exact same thing.  It’s easier to say than do, I understand that, but people just need to be smarter about companies doing this: The second they notice that we’re not taking the bait anymore, is the second they know that they can’t make twice the money off the same product. But until that day, we’re going to have more and more rehashed and repackaged everything, until we end up having 7 of the same damn thing, and proud of it.